Myth #1: Stairlifts are installed to the wall and require a contractor.

It is a common misconception that when a stairlift is installed, it will be attached to the wall. Instead, the stairlift is mounted onto the stair treads with the track running the length of the staircase.

This eliminates the need for any construction work. Sometimes, a small adaptation must be made, such as trimming a windowsill to avoid a collision with the seat is required, but even in these cases, the modifications are very minor and/or noticeable.

Myth #2: Stairlifts will start moving on their own. 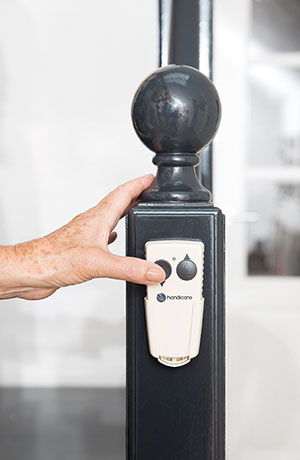 When a stairlift is not in use, it cannot move anywhere unless operated by a person controlling the toggle or remote control. While a person does not need to be physically seated on the stairlift for it to move (which is great if you want to use the lift to move some laundry up and down the stairs!), the stairlift can be operated by handheld controls, which will call and send a stairlift between floors or to a park point to charge while not in use.

Myth #3: A stairlift won’t stop if an obstruction occurs 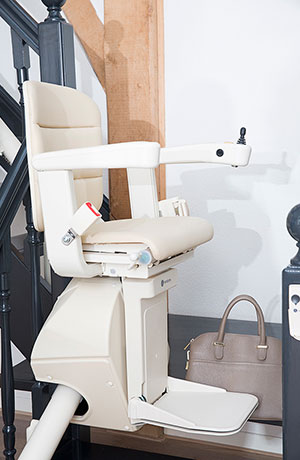 While it is unlikely that you will ever encounter an obstruction while using a stairlift, if you do hit something while riding your stairlift, your Handicare stairlift is embedded with safety sensors so that it will immediately activate an emergency stop. This will prevent the stairlift from moving in the direction of travel until the obstruction is removed.

These features are called ‘Safety Edges’. Once a safety edge is activated, the stairlift can only be driven in the opposite direction of the obstruction to enable its removal.

Myth #4: A stairlift will stop working when there is a power outage.

Contrary to popular belief, stairlifts are not hardwired into your home, but instead are DC battery powered and simply plug into your wall to be recharged. They store a reservoir of power in their batteries so in the event of a power failure, they will be able to move up and down the staircase because they draw on the power stored in their batteries.

These batteries typically store enough power for multiple trips up and downs stairs: the exact number of trips will depend on the type (straight vs. curved) and length of your staircase as well as the amperage of the batteries. The batteries recharge when the stairlift is left on a park point. Some stairlifts will charge wherever they are left on their track. This feature is called ‘Continuous Charge’.