Taking the stairs is often a last resort, especially when an elevator or escalator is available. Most people think: the higher the stairs, the more annoying the climb. However, these spectacular staircases around the world, it’s not just about getting to the top, but instead enjoying the journey along the way. 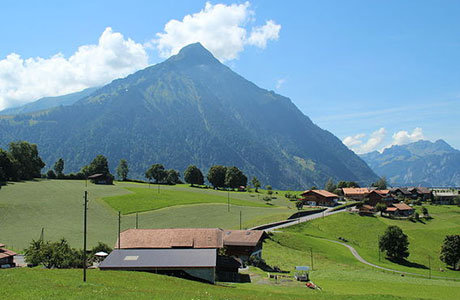 The tallest staircase in the world is located in Switzerland. The steps run alongside the Niesen mountain railway, which leads to the top of the 1.5 mile high mountain. This stairway contains no less than 11,674 steps and is undoubtedly the tallest staircase in the world. Unfortunately, this stairway is not open to public except one day a year during the Niesen Run – it’s only 2.1 miles, but over a mile of altitude to climb (on top of the nearly 12,000 steps!)

In Rome, Italy, one of the largest tourist attractions are a set of 135 steps that connect the Piazza di Spagna with the Piazza Trinità dei Monti. Built during 1723-1725, the Spanish Steps are the widest staircase in Europe. 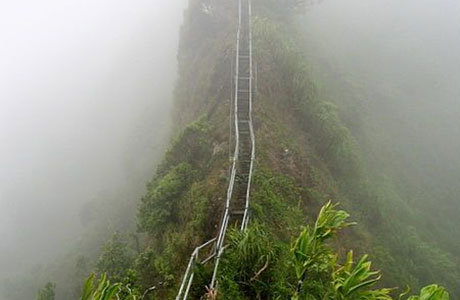 Located on the island of O’ahu in Hawaii, the Haiku Stairs and Ladder, is also called the Stairway to Heaven. The very steep hiking trail contains nearly 4,000 steps (3,922 to be exact), but was closed to the public back in 1987. Despite this, some hikers ignore the warnings and continue to climb their way to “heaven.”

The Great Wall of China is an astounding 13,171 miles long! That equates to tens of thousands of steps. While we haven’t been able to get a stairlift installed that will go the 13,000 miles, there are people from around the world who run 26 miles of it each year in a marathon, which equates to 5,164 steps during the course.

Stairlifts for all stairs

Staircases are a pivotal part of every home and building. At Handicare, we manufacture a variety of stairlifts to ensure that everyone has access to all levels of their home or office – whether it’s a straight or curved staircase, two floors or three. Contact one of our stairlift advisors today to learn about how you can be mobile again.