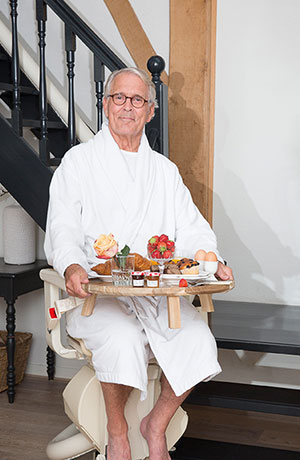 Mother’s Day: one day to honor moms, grand moms and moms-to-be. Often the unsung heroes, mothers are our #1 caregivers and nurturers growing up, so giving them one day of spoiling is hardly repayment. But, all the same, whether it be homemade gifts or drawings from younger children, breakfast in bed or chores tackled by someone else for the day, mothers are happiest with even the smallest gesture, including a phone call to say “I love you”.

Despite mothers’ lack of desire for gifts, Mother’s Day has still become a largely commercialized day with flowers experiencing a spike in revenue the week prior to Mother’s Day.

Honoring mothers can be traced back to Greek mythology where festivals were held for the goddesses Cybele and Rhea, known as the Great Mother of the Gods. Evidence of such ceremonies were found to be practiced throughout Asia Minor on the Ides of March (March 15th). Christianity has had a long tradition of worshipping Mary, the mother of Jesus, which evolved into a modern festival known as “Mothering Sunday” in the UK and parts of Europe. Falling on the fourth Sunday of Lent, the festival called on their parishioners to return to their “mother church” for a special service, which evolved into a more secular holiday where children would present their mothers with flowers as a token of their gratitude. This tradition eventually faded and gave way to the modern Mother’s Day we know now.

Celebrating in the United States

Predating the Civil War, Ann Reeves Jarvis initiated “Mothers’ Day Work Clubs” to teach women how to care for their children properly. After the Civil War, these clubs became a unifying force in West Virginia where she lived and in 1868, she organized “Mothers’ Friendship Day” to promote reconciliation between former Union and Confederate soldiers.

It wasn’t until the 1900s when Jarvis’s daughter, Anna Jarvis, contrived Mother’s Day as a means to honor mothers. Gaining financial backing from a Philadelphia department store owner, John Wanamaker in 1908, Anna Jarvis organized the first official Mother’s Day celebration back in West Virginia. However, simultaneously, Wanamaker’s store in Philadelphia saw thousands of people also attend a Mother’s Day event. Seeing this success, Jarvis made it her mission to have the day added to the national calendar – perseverance, Jarvis achieved her goal when President Woodrow Wilson signed it into a holiday in 1914.

Mother’s Day around the World

No matter which month, or day of the week, what we do know is that moms are just as important all around the globe.

The Gift of Lift

Even when we are adults and parents ourselves, it’s important that we thank our mothers for the years they spent raising us. As adults, it’s now our opportunity to take care of our parents as they took care of us for so many years prior. When mobility is difficult, a stairlift may be the best gift of all to ensure they can remain living in their home independently and age in place gracefully.